Princess has slammed Uti Nwachukwu for stating that Cee-C is the most successful of all the ex-housemates of the BBNaija 2018 edition.

Few hours ago, UTI Nwachukwu shared a post on Instagram in which he placed Cee-C above the rest ex-housemates by stating that she’s the most successful so far. He also hinted that she’s also more successful than Miracle who won the price money.

“Well well well…what Can say?
How much louder can I shout ?
How much more words can I write ??
MANY ARE CALLED BUT ALAS …VERY FEW ARE CHOSEN
Nwadiora – an igbo name meaning …Pikin wey good for the community /country…. LOL….. need I say more ?
Since winning the Show , she has received massive support and she hasn’t stopped dishing it Back to Back .
In my tribute to her after BBnaija last year I wrote and I quote “In Big brother , there are always 2 Winners ,The winner of the Grand Prize and the one that beat the odds”
I went on further to say ” The sun Shines in it’s time and so does the Moon. PREPARE FOR YOUR TIME ..YOU ARE DEFINITELY GOING TO BE SUCCESSFUL”
I am no Prophet but Ladies and Gents, I present to you ….THE MOST SUCCESSFUL HOUSEMATE OF #BBnaija 2018 …. Miss @ceec_official NWADIORA”. 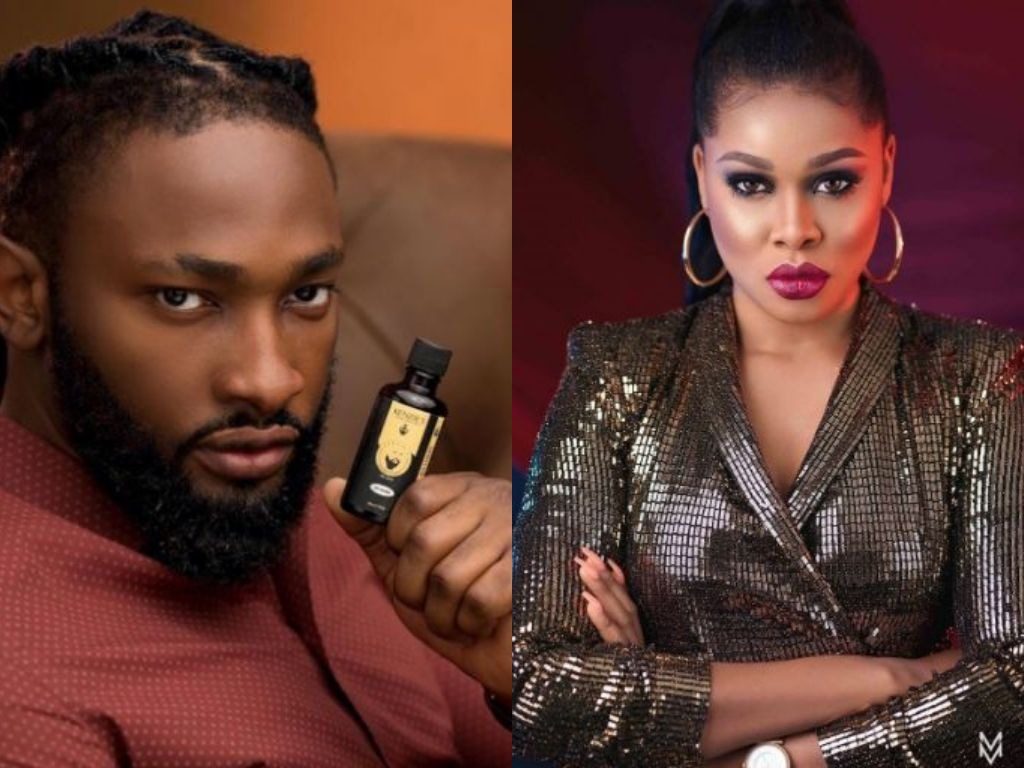 His post didn’t sit well with Princess who was part of the contestants in the BBNaija 2018 reality TV show. In reaction, she stated that Uti Nwachukwu, being a Big Brother Africa winner, ought to know better not to compare ex-housemates.

She shared as seen in the below screenshot. 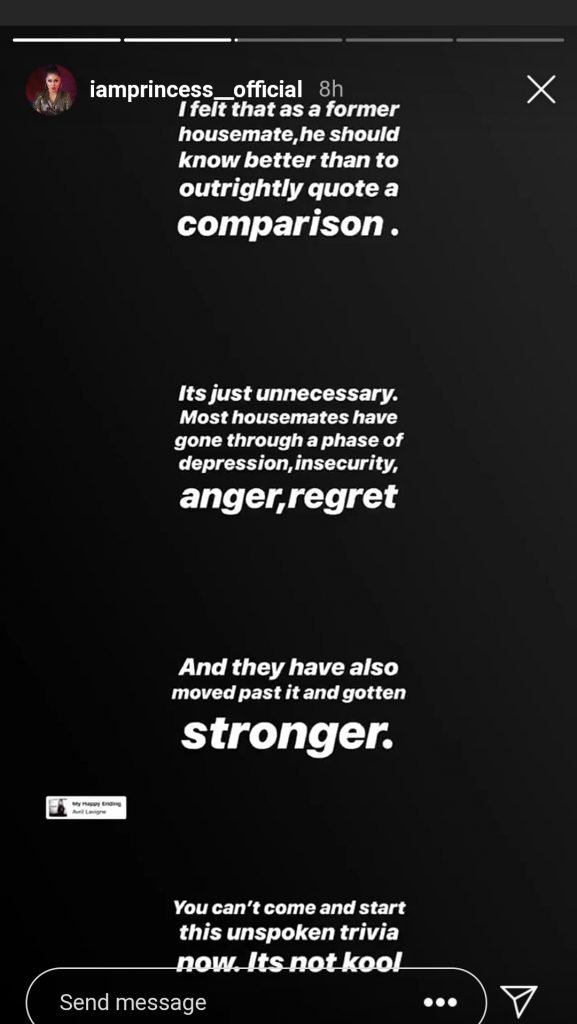 Please Share this on:
‘The Strongest Woman I Know So Far Is Me’, Tacha Says