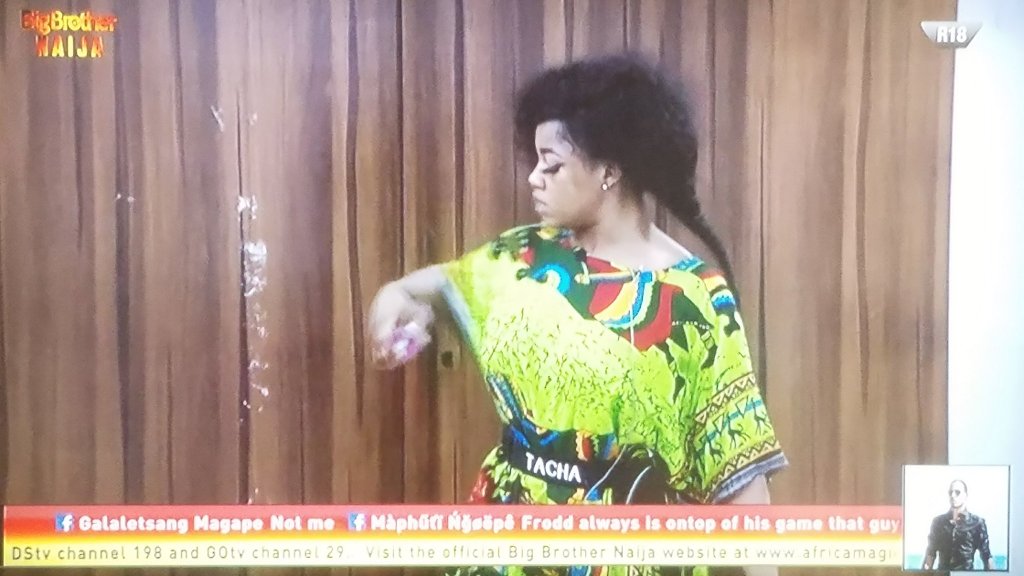 The reality star, however, failed to give an answer as she stylishly tossed the question to the anchor of the show, Dotun.

Information Nigeria recalls during the just concluded reality TV show, Tacha was seen rushing to put on perfume after Mercy had revealed that she has mouth and body odor during their epic fight.

Before the incidence that led to her disqualification, Mike had also testified that Tacha has a provocative smell.

When probed further about the body odor claim, the reality star replied saying;