Tacha to give $300 to winner of viral #DropPenChallenge 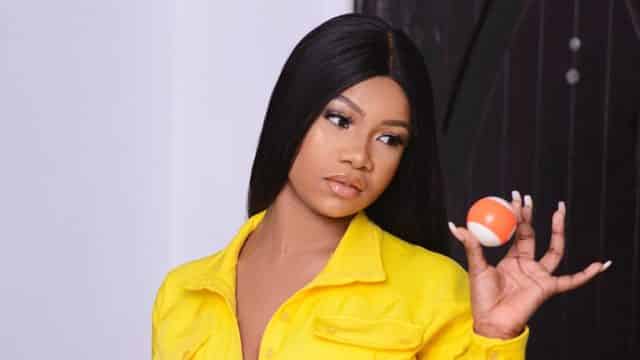 Reality TV star, Natacha Akide has placed the sum of $300 (N100,000) for any Titan who emerges winner of her ‘Drop Pen Challenge’.

The ‘Drop pen challenge’ began after her recent endorsement deal with Getfitng. Remember the video which showed her signing her papers in style, dropping her pen in style and shouting ‘Sealed’? 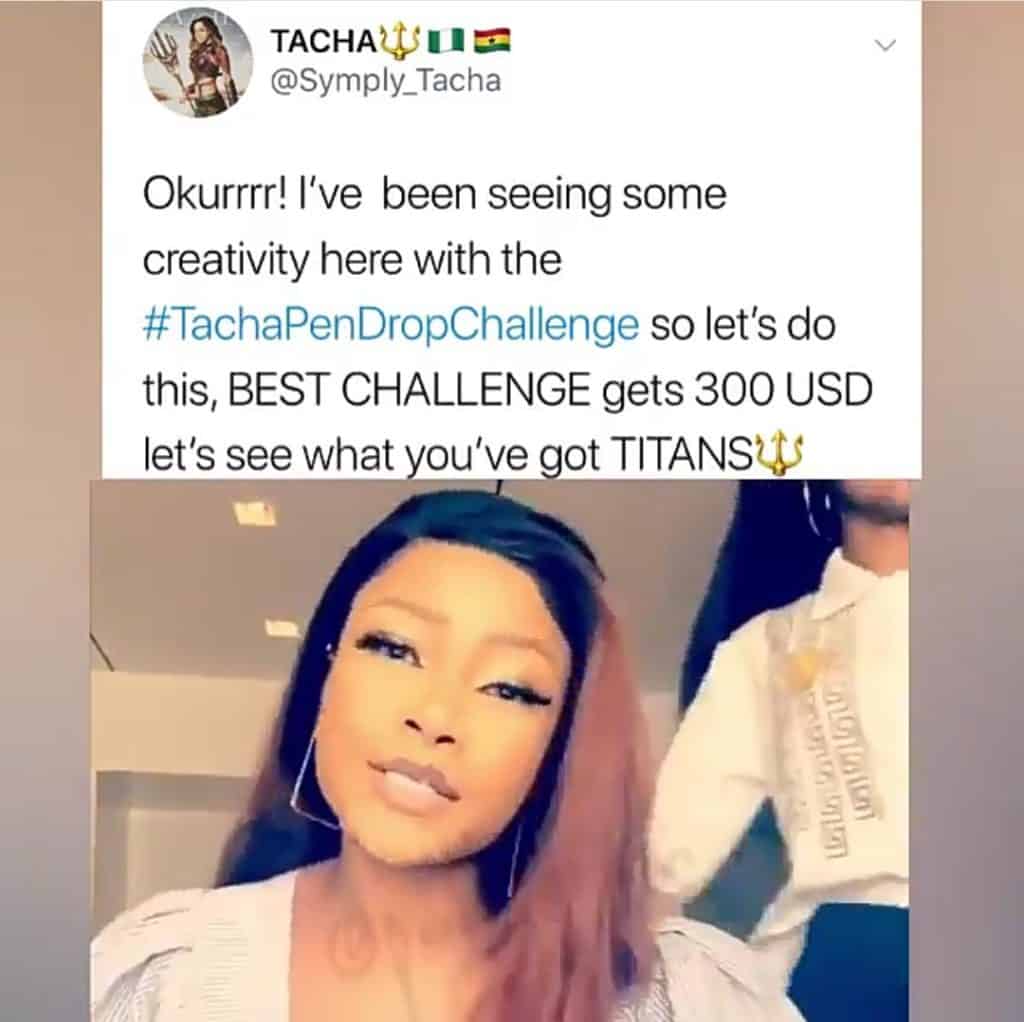 Well, Since then, Titans took it upon themselves to make videos on social media, imitating her style and dropping their pens like her.

Reacting to this, the reality star noted that she has been observing the creativity being displayed, and has therefore decided to reward the best video with $300.

ALSO READ:   Michael Jordan sheds tears as he opens clinic worth $7.2 million for the less privileged

The reality TV star left her almost one million Instagram followers in shock after she deactivated her page on Wednesday, October 30, 2019. As usual, no prior notice was given before the action. Don’t bother searching for Tacha on Instagram as the only page/pages you’d come across are fan accounts.

Please share this:
“No Matter What You Are Going Through, There Is A Lot In Store For You”, Mercy Encourages Fans