The Re-birth Of K9: The “Kokoma” Crooner 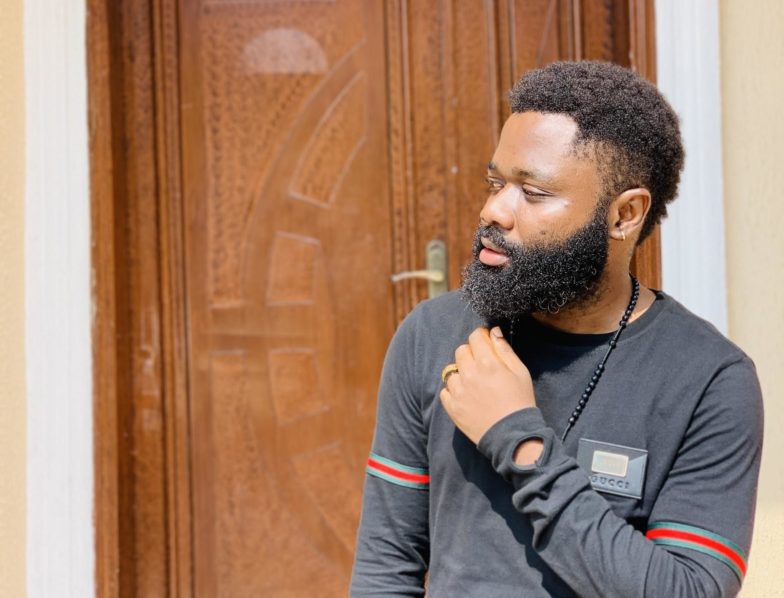 The song “Kokoma” surely rings a bell. It was quite a hit on the Nigerian music scene in 2013 after its release in late 2012. Though the song was never accompanied by a proper music video/visual, it made ‘rounds’ globally with viral dance videos. Courtesy of YouTube, these dance videos have been collected together on the platform and just with a search of the phrase “Kokoma”, the short videos pop out.

K9, whose birth name is Noble Ezeh, is the artiste behind the 2012/2013 hit song. The track even made the end of the year list of Top 50 Nigerian songs of 2012/2013 curated by music blog personalities at 360Nobs, Jaguda, Too exclusive (the then-reigning music platforms).

Moving on from the fair success of “Kokoma”, K9 has collaborated with Olamide and Sound Sultan, and he is currently the voice behind the theme songs for Big Brother Naija and the recently concluded first edition of the akin Ultimate Love that wrapped up its first season in February.

Big Brother Naija has almost become a cultural reset in Nigerian Television history. Since returning for its second season in 2017, the reality show has gained a monumental amount of viewers tuning in to be entertained every single year.

Tell us the process that led you to compose the theme songs for two of the biggest reality TV shows in Nigeria (Big Brother Naija and the newcomer Ultimate Love).
Both processes have similarities and differences. They are similar in the sense that X3m Ideas, a digital advertising agency owned by Uncle Steve Babaeko was commissioned to produce both reality shows’ respective theme songs. At the time I did the song for Big Brother Naija, I had already collaborated with X3m Ideas on a number of other corporate jingles for several organizations. Baba and his people were gracious enough and also believed enough in my ability to produce something iconic that they reached out to me and asked me to do it. To the best of my knowledge, other parties (singers, record labels, ad agencies, producers and so on, I believe) also submitted songs for consideration. Mine was selected and that’s how that happened. Then I was asked to come perform it at the opening ceremony for the show’s second edition in South Africa, and they’ve used it for every edition since then.

The Ultimate Love song was pretty straight-forward: Uncle Steve’s company was again commissioned to produce it, his people (who are now my people as well, lol) reached out to me, and we made it happen.

It’s been 8 years since the release of your debut single, “Kokoma”. How do you feel about that?
Wow. Eight years?! For real? Wow, it never occurred to me that it’s been that long. I still heard it at parties and clubs and other places (before Covid-19 struck, obviously…lol). I hear it on DJ mixes and even on TV. My brother, DJ Sose and OG IK Osakioduwa even used “Kokoma” as the backing music for their Open Mic show recently. It still gets love from radio stations across all states in the country; I know because they tweet at me all the time. Honestly, 8 years sounds like a looooong time; are you sure?? Wow.

“Kokoma” is my biggest baby and I will forever love him. I’m glad he’s been a source of happiness in dance and general vibes for a lot of people for so long and still continues to be a vibe. I hear the song has even inspired some of the new age artists like Peruzzi and veterans like Yung 6ix who sampled some of its lyrics in their songs. There’s even a new song making the rounds now and gaining popularity titled “Kokoma”. So I guess you could say my baby “Kokoma” is the gift that keeps on giving. Lol. I am a proud daddy: Daddy OG.K9 (that’s my stage name from now on by the way, OG.K9).

So you are currently working on a new album/project? Tell us how the music on it sounds like?
Yes, I recently and very privately decided to come out of early retirement. This is the first interview I am granting since I made the decision. I want to communicate directly with music lovers, and more specifically with lovers of MY music. So yes, I am working on new music. I recently released a freestyle collaboration with LiciousCrackitt and MasterKraft. Now I’m completing my first ever album (can you believe that? OG.K9’s first-ever album! Haha). I’m working with a number of producers like Kenny Wonder, Beatz by Sarz, Masterkraft, Big Swish, Anti Social, Manpizy and featuring a number of musicians. This is not just a one-album project though. I want to keep releasing music, but it will be without the pressure of the old days: I have no agenda with music other than to bless people with my gift. That’s it.

‘Why I Don’t Promote My Old Songs’ – BBNaija’s Vee

As for the type of music, there’s going to be a lot of the signature sounds that people love about my music. But everyone knows I like to step out of the box and do all kinds of music. I am more mature now and so is my music; I understand the greatness of the motherland and I seek to pay homage every time I grab a pen to write a song.

Are you currently watching the new season of Big Brother Naija, and is there any particular housemate you are rooting for?
I would like to, more so since my voice is omnipresent on the show, but it is hard to find the time. Sometimes the 24hours in a day just don’t seem enough, you know?. But I have heard interesting things and my family keeps me updated on what’s happening. I’m not rooting for anyone specific, but my wish is: may the best woman/man win.

A lot of people actually do like the theme song from the show, did you ever think people would come to fall in love with the song?
Hmmm… Well, the aim when writing a song is always for it to have meaning, a purpose and for it to be pleasing to the ears of those who hear it, and with corporate music, there is the added objective of communicating a specific message to a specific audience within a specific (and usually pretty short) time. So it is very rewarding when people fall in love with the music that is created. It is fulfilling for the creators. That is how I feel: rewarded by the people’s love of the music, and fulfilled in my creation.

Looking back at the time you debuted unto the music scene/industry, a lot has evolved since then, there are different kinds of sounds being churned out of the industry by various Artistes. How would you say you’ve evolved into the whole process?
It is true: music does cycle in waves, and the current wave is not what it was at the time I debuted. Have you ever watched an active ocean from the beach? It is beautiful to watch the waves build, rise and crash, only for the tide to ebb, reform and repeat the cycle again. Now, imagine being a surfer and actually getting to ride those waves. Some do it as a sport, to them it’s a competition; Others do it because they enjoy the waves, they appreciate their beauty. Some surf for a short while and get off, others stay on for longer periods.

My evolution in the music industry since I debuted can be summarized by the above analogy: when I dropped “Kokoma” in 2012, I thrust myself onto the waves with no real individual plan for how I would ride it (no surfboard, swim gear, etc.); I placed the trust for all those things in the hands of people I believed were capable of guiding me through the process; people who had been there before me. At first, these people in whom I placed my trust, turned my leisurely music-wave-surfing, that I had been doing since I was 13 or 14 years old into a competition for the top spot, where second place wasn’t an option. And then everything just went to hell from there and I was left stranded in the water, floundering, with no idea what to do and with no one to guide me. So I got out of the water, went back to the beach and watched the active ocean, albeit at first with annoyance, anger and a little regret that I was relegated to watching instead of actively riding the waves. But with time, growth and maturity, I started to once again appreciate each wave of music. I started to see the beauty in them again. Now, I am starting to have fun with the music again and that’s how I know I am ready to get back in the water and ride these waves: because I feel nothing but joy when I watch the new waves. I want to ride them alongside everyone and just have a jolly good time music-wave-surfing for the rest of my life.