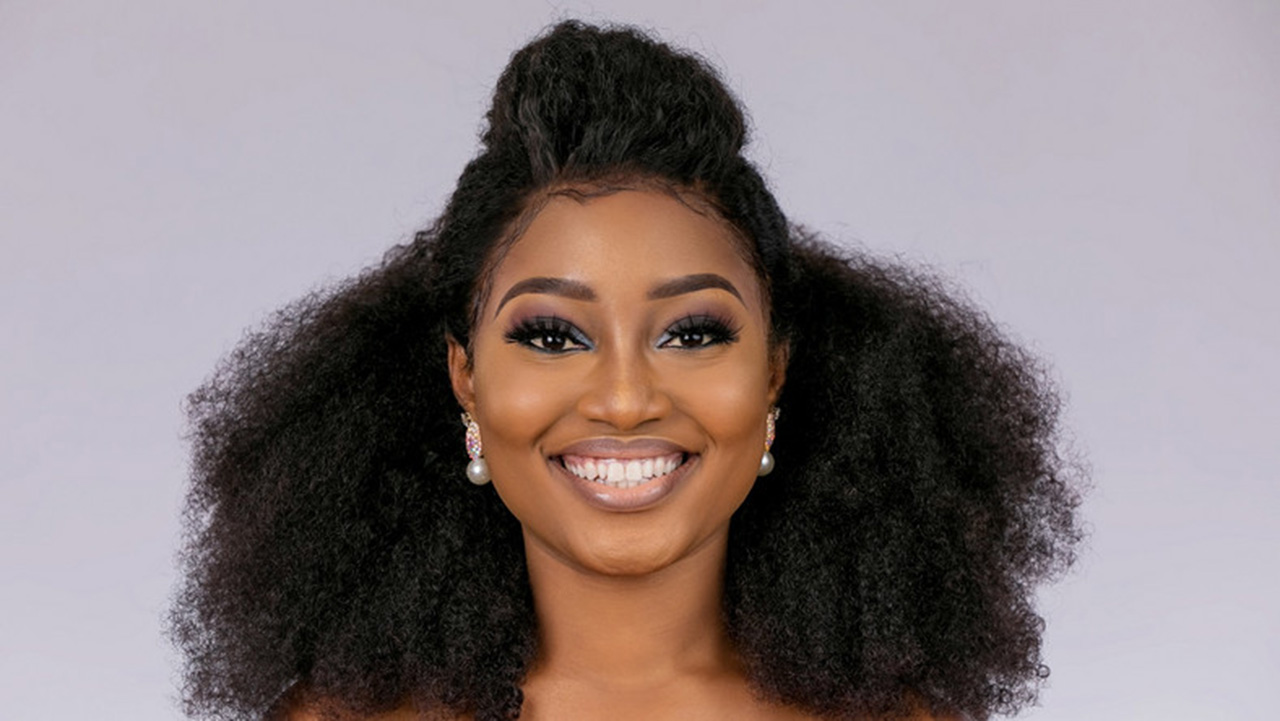 For displaying her prowess in vocabulary, strategy, and speed, Esther Olaoluwa Agunbiade well-known in the Big Brother Naija house as Esther has become the first female in the ongoing reality show to sit on the Head of House throne twice.

The 22-year-old Lagos-based lawyer emerged the Head of House for the week. This is the second time that the Pepper Dem Housemate will occupy the position.

Arguably one the most beautiful lady in the current BBNaija house, she has so far been winning the hearts of fans. The beauty and brains was called to the bar at just 21 years old.

Did someone just say it is easy now? Well, as easy as this sound, they were strict instructions for them to follow. Housemates were only allowed to pick a single tile on each trip and if anyone was caught cheating, the Housemate was disqualified.

Venita, Diane, Mike and Tacha fell victim to this rule and they were disqualified by Biggie. Mercy also got her last word invalidated as she spelt it after the buzzer went off. In addition to Biggie’s rules, the Housemates were to avoid spelling proper nouns and repeating a word.

With entering into the second round, Seyi, Khafi, Frodd, Elozonam, Ike, and Esther made it to the round of the game after spelling seven words correctly.

The game became tougher as Biggie asked the Housemates to spell the longest word they could think of in three minutes. The challenge proceeded to the third round with Elozonam and Esther competing against each other. However, Esther won the round to become the Head of House as her word ‘Denominational’ was longer and correctly spelt.

As Head of House, Esther won the Immunity privilege for this week, 250 Bet9ja coins and the Head of House Bedroom privilege. Her team, Cruisetopia also got a reward of 20 Bet9ja bonus coins.

When asked who she will share the Head of House bedroom with, Esther picked Frodd as her roommate. This win for her was an early birthday gift, which was on Thursday, August 22.

The Eviction Nomination Challenge, The Save
Meanwhile, for five minutes, the Icons and team Cruisetopia were tasked to a challenge, which involved each and every team member’s participation, including her majesty with her immunity privilege.

With two marked rectangular boxes for each team, each box had a large bucket of coloured water and ten small silver cups. The teams were required to fill as much of the silver cups as possible in the frame of five minutes.

Oh, sounds easy you say right? Well, not as easy as you may have thought because the challenge involved the Housemates climbing Biggie’s ‘obstacles’.

Did you just say is the show now ultimate search? Well, trust Biggie and his twists to the game. He had some deliberate ‘steps’ obstacle on the course.

Using their carefully thought out strategies, each team had to fill the silver cups one at a time. Following Biggie’s rules, each cup had to be filled to the brim before the team could proceed to the next cup – all to be done within the marked box.

Trust Biggie’s Ninjas to come through with task aids for the Pepper Dem gang. For the challenge, teaspoons were provided for the purpose of transporting the water.

As the team with the fuller cup, The Icons won tonight’s nomination challenge. This automatically puts up the Cruisetopia team eviction this week, with the exception of Esther. Thanks to her immunity as the Head of House.

Having won the Veto Power, Elozonam was given 20 seconds to save a nominated housemate and replace with another. Using this special power,
Elozonam saved Venita and replaced her with Frodd. Was his choice as a result of Diane not saving him last week? No one can tell.

Recall the Cruisetopia team last week won the nomination challenge. Will this change things in the Pepper Dem House or will they buckle up and aim for many wins this week?