Former Big Brother Naija housemate, Tochi has slammed Nigerians who keep posting Tiwa Savage and referring to her as a queen following the release of her sex tape with boyfriend.

He opined that they are trying to blow the matter out of proportion, adding that her son will start asking questions about what’s happening.

According to him, nobody would love to wake up someday and see their sister’s sex tape all over the internet.

The reality Tv star also advised people to stop tagging her on their posts.

“If you wake up and see your sister’s sex tape on the Internet, will you post her on your page and caption it “A queen”?

“If not stop all this posting, let her heal, before her son starts asking her why people are posting her and calling her a queen,” he wrote. 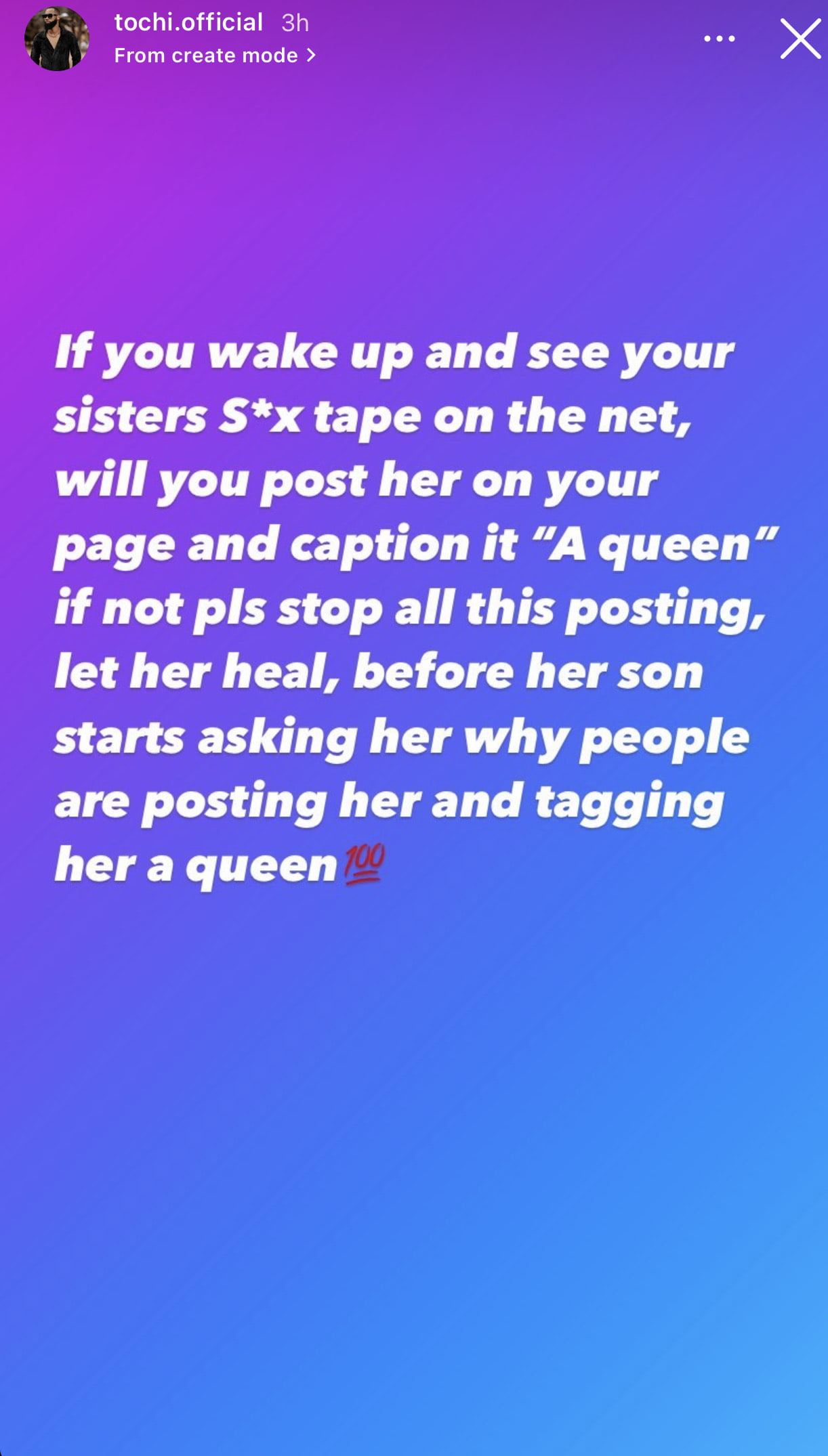