Waconzy Condemns Timi Dakolo For Coming Out, Accuses him of Destroying The Name Of The Church, See His Reasons

Nigerian musician, Waconzy has reacted to #COZA Rape scandal as he blasts Timi Dakolo on his Instagram page for coming out all in the name of social media clout. 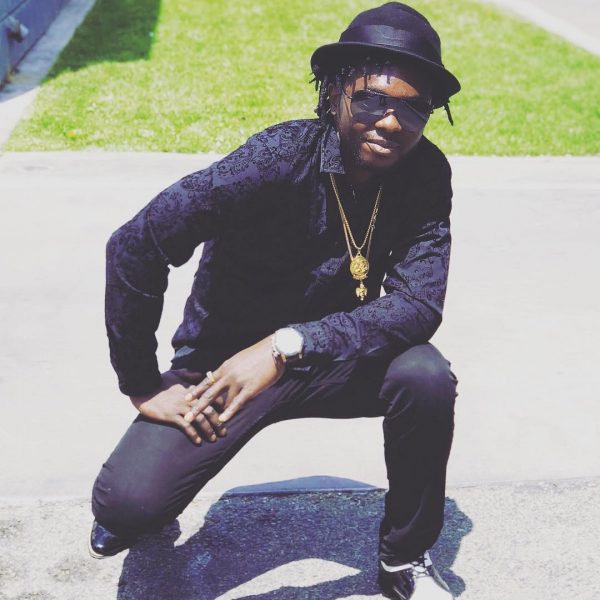 The Abia state born musician condemned the action of Timi Dakolo, says he has successfully disgraced himself, wife, children and family name, on his post he said he should have reported the matter to God rather than coming out for sympathy. 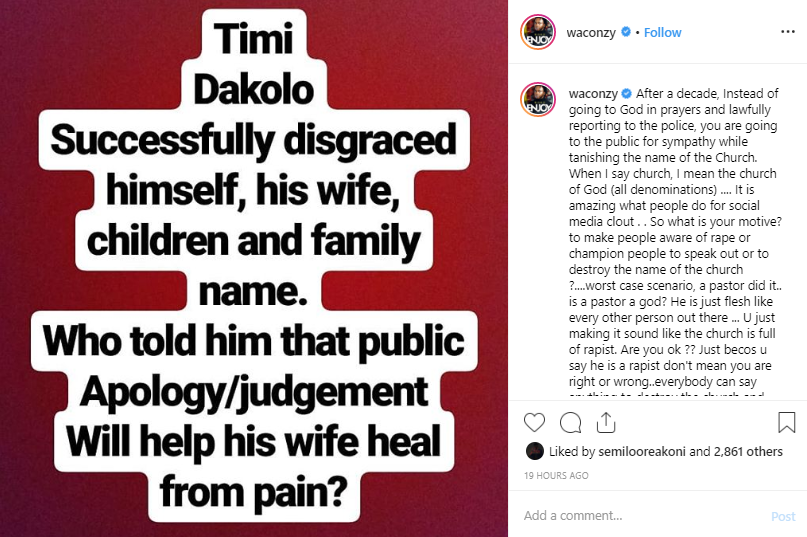 He gave his reason on his Instagram page, Read below:

After a decade, Instead of going to God in prayers and lawfully reporting to the police, you are going to the public for sympathy while tanishing the name of the Church. When I say church, I mean the church of God (all denominations) …. It is amazing what people do for social media clout . . So what is your motive? to make people aware of rape or champion people to speak out or to destroy the name of the church ?….worst case scenario, a pastor did it.. is a pastor a god? He is just flesh like every other person out there … U just making it sound like the church is full of rapist. Are you ok ?? Just becos u say he is a rapist don’t mean you are right or wrong..everybody can say anything to destroy the church and people will buy. . The church I mean is bigger than all the churches in Nigeria, am talking about the body of Christ. The worldwide assembly of true Christians (Followers of Christ)..Tell him I said he should love his wife more and stop letting Linda ikeji benefit from this stupidity

ALSO READ: Patient Jonathan To Forfeit A Whooping Sum Of $8.4 million and N9.2 billion To The Federal Government