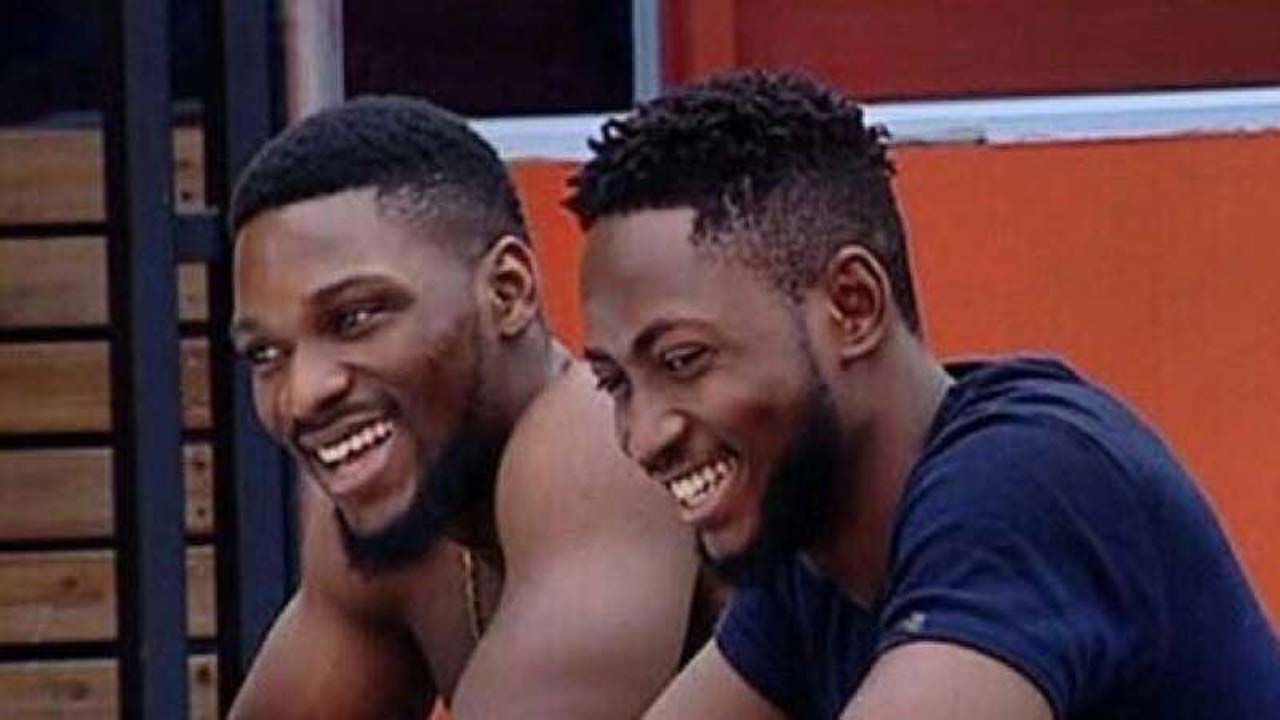 All around us is a surge of activities. Even when we do not utter a word, all is living and active around us. We live in a world of thoughts. Researchers who pre-occupy themselves with the study have revealed that thoughts have contents and they contain energy, and measurable energy for that matter. Thoughts outflowing from us have no barriers and can be active, influencing at the other end of the world. They move from the physical to the unseen reaches of the beyond. What am I getting at? I am back to the subject of Big Brother Africa or if you like BBNaija.

Monday gathering to share out prizes to participants called housemates brought to a close activity connected with this year’s show. The winner, said to be a trainee pilot, went home with the event prizes amount to N45 million all put together, N25 million of which was a cheque which can be said to be cash. Other prizes are an SUV Hyundai Tucson car, N3 million worth of appliances and free holiday for two. For games and competition in the house, he won N1million from Payporte Arena Games and N200, 000 from what was referred to as Final Wager. He won N1million and a trip to Dubai for Africa Music Festival from Pepsi Refresh Your Mix, as well as a year’s supply of Pepsi and Aquafina. That was not all; he won N500, 000 from Close-Up task. When all he carted home, money, drinks appliances and holidays are put together, I am told it came to about N67.7 million. At the ceremony that took place at MultiChoice office in Lagos, all the housemates were given free DSTV premium and a year’s free subscription.

With all the humongous sum of money and other prizes, no one needs a star gazer to predict that next year’s competition will be fierce indeed, bordering on the political expression some may wish to call do or die. It will be a stampede.

To determine the winner, reports say 170 million votes were recorded. A television firm in South Africa, yielding to its business instinct, raked in N5.1billion from the three months event. A colleague said to me: “170 million votes recorded in 2018 to BBNaija! All paid to vote! Most Nigerians demand to be paid before they will vote for the political leader in Nigerian election. The irony is that election produces those that determine economic and political life of our country. You pay to vote in BBNaija, but demand to be paid to vote in Nigerian election. Something is wrong! What is that? We have to find out!”

The votes must have come from several parts of the world, but presumably largely from Africa. In the early days when the second edition (BBAfrica2) was held, the programme received 418,000 messages. The figures, whether of 170 million that were recorded from votes cast and 418,000 messages that were received which must have soared in subsequent years, these are huge figures indeed. If 170 million votes were cast, it can safely be assumed that no fewer than 170 million people participated in the voting. I am predicating this on the assumption that multiple voting was not allowed! There would certainly be thousands drawn to the programme who did not vote because it was paid for. All in all, plus or minus, no fewer than 100 million were drawn to this programme for the 90 days or so that it lasted.

As this column did state last week, Big Brother Reality Show was a creation of TV producer John de Moi. The objective was to have an adaptation of the fictional work of George Orwell who cast his gaze far into the future. That future was to be a world of newspeak, double speak and mutability of the past. That past was dead and the future was unimaginable in the land of Oceania, a totalitarian state with a police state as its normal accompaniment. The ruling party wields uncontested absolute power for its own sake over the people. Ever watching Big Brother is the leader. Newspeak is expected to contain no untoward words arising from thought of crime. Whoever therefore uses the newspeak is considered incapable of thoughts of crime. Doublespeak on the other hand is depicted in the ability to hold two contradictory views at the same time and believing both to be true.

The Reality Show was created according to Mail Online in 1997 and was first aired in the Netherlands and subsequently syndicated internationally, in the United Kingdom, in the United States and some other free world among which Nigeria and South Africa are numbered. The participants live together in a specially constructed house isolated from the outside world.

There are games and competition in the secluded world in which only young girls and young men live and mix freely. The major feature of life in the commune is loose living in which there are no barriers in the encounter among the inhabitants. Both men and girls are scantily attired. There is no rule against sharing of beds between a girl and a young man depending on the relationship they have cultivated. Of course, bathing could be in the open if the housemate chooses. All these before 28 cameras and 48 microphones which, in the words of Gloria Ngozi Adeshi, “had been set up throughout the Big Brother house; it’s a technological triumph that keeps the Big Brother Phenomenon rolling.’’

It is, therefore, not surprising that the vice-chancellor of Imo State University, Owerri, Professor Adeobi Obasi, expressed misgivings on the show. One of her students participated in it and the vice-chancellor, fearing that she might be a bad influence on other students, said the student participant would have to undergo rehabilitation to “purge her of the indecent influences of the BBNaija. It is not the type of thing we seek to promote because I don’t see the need it serves. May be I am the only one who doesn’t know. I don’t know what it celebrates. Is it just all about indecency in the full glare of the public?”

The youths and the subscribers certainly see the programme as no more than fun and relaxation. However, it is more. Base pursuits and pleasure haunts, such by whatever names they are called, are a reflection of widespread ignorance and disregard for mechanisms which govern life. Yet, as lawyers say, ignorance is no protection under the law. They are referring to our mundane man-made laws. The saying is coming from a deep sensing of higher laws of life. These laws ensure the wise ordering that is all around us. In that wise ordering is anchored the Divine Will of the Almighty Creator. Before the law all human beings are equal by which is meant the Divine Order, the Laws of God, whether we are aware of them or not, whether we pay heed to them or not. It is immaterial. They are living and incorruptible laws flowing from the perfection of the Most High. They are immutable and self-acting, returning to each person what he may have sown in the soil of life as harvest.

When a lady is scantily dressed leaving little or nothing to imagination, base thoughts are stimulated in the minds of men. The thoughts attach themselves to the object of their looks. The deposit on the lady attracts similar thoughts and they are woven into forms by the invisible servants of the Most High referred to as nature beings by those who are aware of their activities. Thus we have thought-forms assailing and clinging to the lady concerned. With increasing similar impure thoughts which are probably stray thoughts, the thought-forms around her are reinforced. In no time her idea of edifying living and conduct begins to wane; the weight of the thought-forms around her soul begins to pull her down. She gets to a stage she becomes confused and her vision of the difference between good and bad, between propriety and impropriety becomes blurred. The stirring of conscience is waved aside or suppressed with plausible rationalization. Envy from fellow girls who would wish to have her figure or endowments similarly gradually weigh her down without her being conscious of it. The thought-forms hovering around her also influence millions of others who rush for the sole purpose of seeing the figure of a beautiful and scantily attired lady. When the fateful consequences come as a result of her own weaving she becomes disappointed in herself and her environment, and is bitter. Envy soon ensues and with envy hatred against those who have not been negatively affected like her by unseen forces formed and set loose by her chosen lifestyle. She wonders why others are not in her predicament, or why they do not show understanding. By her conduct and thoughts arising from millions who watch her pollute the ethereal environment. In the times in which we are abundance of power is pouring from On High, bringing to an awakening, indeed accelerating and intensifying our weaknesses and strengths. In the process good tendencies get better and evil or wrong tendencies get worse. It can, therefore, be seen why conditions in or world are worsening and evil is predominating. The same power is engender a clear separation between good and evil, at the return of the Star of Bethlehem coming, as revealed in higher knowledge, this time with the sword Rays of Justice.

The women cannot be too careful about their appearance for they are providing the thread for weaving of their carpet of fate in the loom of life and that of humanity at large. In the working of the Laws lies ultimately the emergence of a new world and true humanity for whom decency and propriety will be bywords. The expansion of our knowledge of Creation cannot be more urgent: How is our world governed!