Why I Deleted Post Where I Promised To Give Tacha N50M: Jaruma 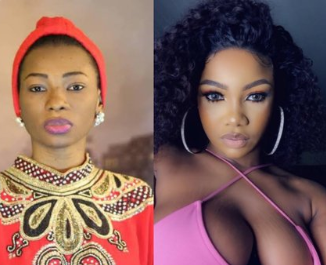 Sex therapist Jaruma, who came under massive heat for allegedly deleting a video where she promised to gift ex-BBNaija housemate Tacha 50 million, has finally broken her silence on the issue.

According to the new mom of two, she never deleted the video, instead, she archived it; took it off from public eyes.

Sharing screenshots of reactions, she wrote: ” Since u want to spend ur whole week on social media, we will give it to u because it seems ur really being entertained”