Why I Didn’t Have Sex With Mercy: Ike 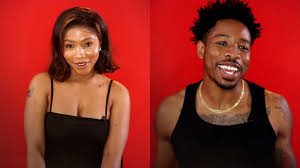 2019 BBNaija housemate, Ike, has revealed that he didn’t have sex with lover, Mercy, in the house because the latter didn’t push for it.

Speaking during a chat with ‘Potpourri’, the reality TV star added that he is not used to making the first move when it comes to sex and since Mercy didn’t push for it, then there was no need.

He further added that they were not ready for the act during their stay in the house.

“I’m not used to making the first move when it comes to getting down with a woman. You know, I’m a fine boy and I’m used to women pushing me to do things but Mercy isn’t that kind of person and we were not even ready to do that kind of stuff in the Big Brother House. I would probably have had sex with her if she had made the move but she didn’t and I didn’t too,”