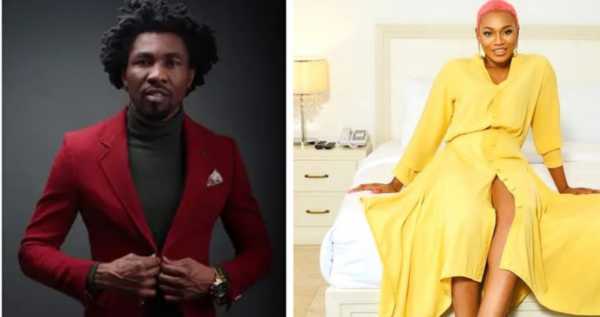 A clip from the Big Brother Naija Shine Ya Eye reunion has been leaked online, revealing some heated exchanges between housemates.

The exchange between Boma and Beatrice is notable, as the actor told the entrepreneur to remain silent while he spoke, but she stood up for herself and said she would not be quiet.

Boma also mentioned that Beatrice looks like a man, which enraged her to the point of asking if his girlfriend is better than her.

In other news; Amidst online dragging between Bobrisky and Tonto Dikeh, the two ex best friends turned to social media to share some unsavory photographs of themselves.